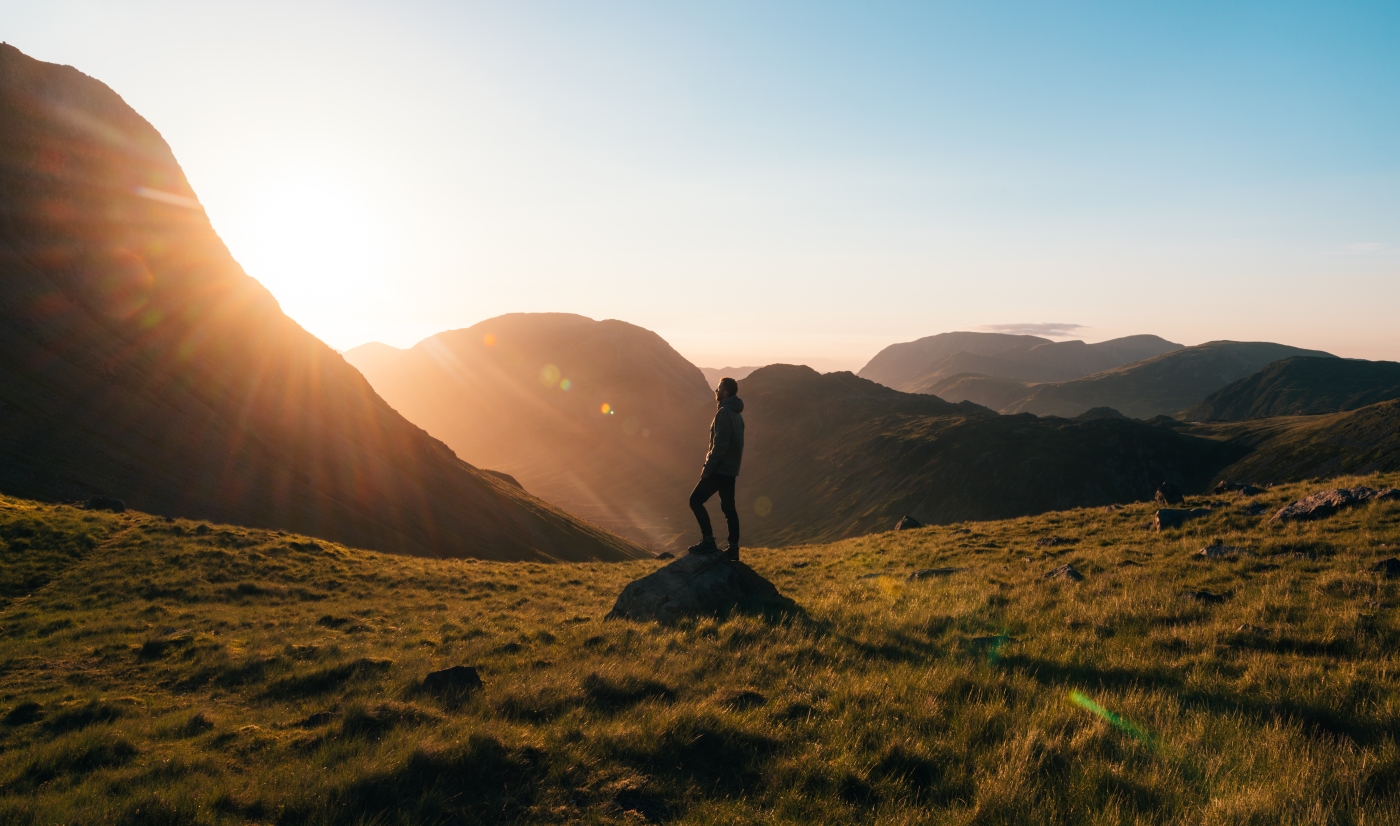 Have you ever had a moment in your life when you had a sudden change in perspective? What I call, an “Aha” moment?

I had a big “Aha” moment recently.

It happened in a writing class I was taking. We were given the assignment to write a story focusing on character detail. Immediately I knew this is the story I would write. 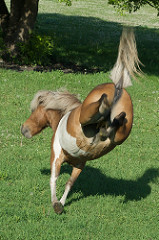 A large, cream and brown spotted Appaloosa horse is launched forward on its forelegs. The muscles in his powerful haunches tense and quiver as he retracts his hind legs in towards his belly – preparing to buck. His head turns to look over his left shoulder, his large brown eye looking directly into two stunned, blue ones. My own. I sit frozen on a small, white pony directly behind this great beast preparing to strike. And then it happens. The coiled tension in his powerful haunches releases as his flexed back legs quickly and abruptly extend out in a powerful backward kick.

Wham! An explosion of pain rips through my right leg as 1,000 pounds of Appaloosa horse connect, smashing into my knee and upper hip. Adrenaline surges through my system. Shock sets in immediately and there is a sense of numbness, protecting me from pain greater than I can bear.

My friend Val, who is riding the Appaloosa works to gain control, fighting to stay mounted on his back Keeping him away from me so he doesn’t make contact again. I’m sitting on the pony, tremors of shock jerking my body. Finally, Val gets her horse under control, dismounts and runs towards me. She asks me if I’m ok, her eyes wide as saucers.

“He kicked me in the leg” I sputter.

“I’m going to look at it. But don’t look too, okay?” I keep my eyes on hers as she walks around the head of the pony to my right side. She looks down. Fear, shock and disgust spasm across her face. That tells me all I need to know. The strike of the big Appaloosa had been sure and true.

After determining that I can’t ride and make the journey back to the barn, she says “I have to go get my dad”.

“She’s just going to leave me out here”?! I think in a mild panic. But I know there is no other way. She has to get help. She rushes to the Appaloosa, jumps on and gallops towards the end of the field.

I watch her go. I’m alone, scared and injured. It’s late afternoon and the sun is waning. I feel cold. There is nothing to do but sit and wait. I sit on the pony and wait, and wait and wait.

I am brought back to the present as, finally, in the distance, I see a plume of brown dust. From it emerges the battered, old, white 2 door pick-up truck with Val in the passenger seat and her dad driving in a beeline across the field towards me. He jumps out of the truck and runs towards me. A small sense of relief begins as I sense his adult authority. When he nears me, he asks if I’m ok.

“I think so. It’s my leg,” I reply. He walks around to take a look, saying what seems to be standard fare for the day.

“I’m going to take a look, but don’t look down,” he says. I watch his face as he squats on his haunches in front of my right knee. I hear his involuntary sharp intake of breath as his eyebrows raise and pinch together. “So much for a poker face”, I think. I know it’s bad. He stands up and places a reassuring hand on my shoulder. Even that touch shoots pain through my body. “We’ve called an ambulance. They are on the way.”

Our haggard group awaits its arrival. Finally, the lights of the ambulance emerge. It stops near us. The paramedics get out and come towards me. They take one look at my leg, turn and jog back to the ambulance. They return wheeling a stretcher over the bumpy ground to the left side of the pony. I feel the strength and comfort of Val’s dad as he encircles me from behind with his long, strong arms. He gently lifts me off the pony, moving me on the stretcher. Simultaneously, the paramedics assist my right leg, heavy as a dead tree stump, on to the stretcher. The stretcher is gently rolled to and lifted into the ambulance. The doors close. A warm blanket covers my body as we head to the hospital.

Why did I choose to tell that story when asked to write focusing on character detail?

Because its main character – the antagonist – that big appaloosa – is seared in my memory. Every detail: it’s massive size, its large haunches quivering and muscles coiling before they sprung out to hit me, even the long eyelashes over its eye as it looked to strike.

Why am I choosing to share all of this with you today?

Because my “Aha” moment, that I referred to earlier happened when I was writing this story. As I wrote, I began to think of other characters that needed more detail; my friend, her dad, me as a young girl. And then it hit, out of the blue. The pony, the little, old, white pony. I realized that after all these years and numerous tellings of this story not once had I thought in detail about the pony. 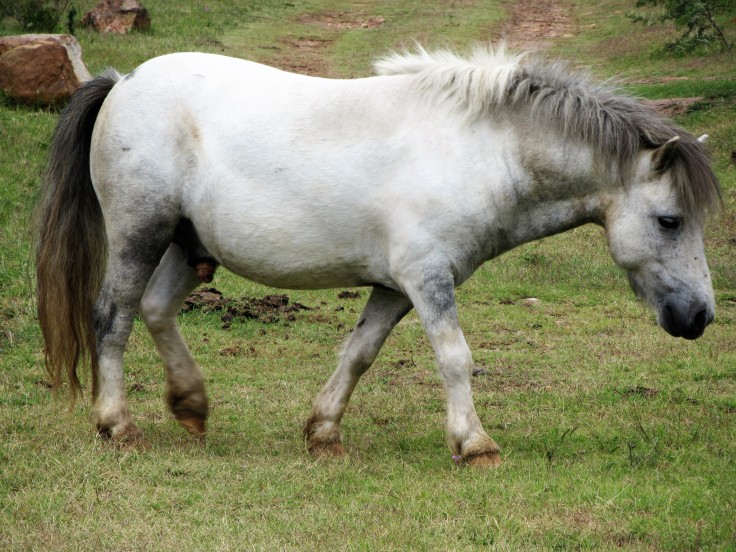 Yet, that pony was my foundation. He stood steady and strong beneath me through the entire ordeal. He did not spook, nor fight back, nor try to flee. Had he done any of those things it would’ve caused more pain for me.

He just sat beneath me. Steady, supportive, calm and unwavering.

A Change of Perspective

This “Aha” moment of realizing I had never thought about the pony, only about the Appaloosa then shifted my perspective. It created an awareness that in every event and story of my life when I have felt hurt, betrayed or attacked, there has been a counterforce. Some event, person or thing (seen or unseen) has been there strong, solid, unwavering. Supporting me.

It’s easy to focus on what goes wrong. To linger on trauma and pain to the exclusion of what goes right. How we are supported and helped. Just like the small, white pony had done in my story.

Now, with my new perspective, I see it’s time to rewrite not just this story but many of my stories. Giving more attention and gratitude to the often under-recognized protagonists in these events. But I’ll start with this story. Beginning with the title. I look back at the title I’ve given this story. “The Big Appaloosa”. I realize I can change that now. Along with my new perspective, comes a new title. “The Small, White Pony”.

After hearing my story. I ask you. Is there a story that you’ve had – for a day, for a year or for a lifetime, where you’ve focused only on the antagonist, the pain or struggle?  And are you, like me, ready to see it from a new perspective, change the story and give it a new title?